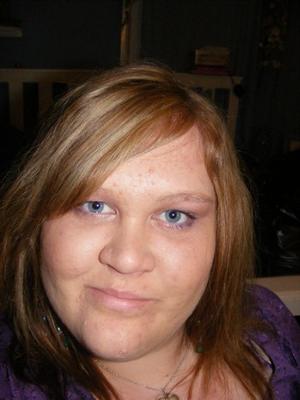 In the last few days I have done a lot of reflection in regards to the last three months since surgery. Thinking about where I am now, where I was prior to surgery, and where I would be today if I hadn't had this done. My life has completely changed. And I have changed too. 15 kilos later and I'm more confident, never feel guilty about the food that I eat, happier, have a social life, confident enough to start a course I have wanted to do for years, taken hold of my life and living it the way I want to. With every kilo I've lost, I've lost some insecurity and gained some wisdom.

I have been overweight my whole life. With insulin resistance and PCOS I only needed to look at a piece of bread and gain weight. Doctors liked to tell me "just lose weight and your health will be better". Yeah right. That was easier said than done. With my condition, I gained easy, lost with difficulty.

After a stint on duromine (panic attacks, suicidal thoughts and all) I gave up. I had tried everything. And in that short space of time I gained all I had lost on duromine plus a lot more. I figured after trying everything I was destined to be fat forever. By January 2008 I had given up on life. I never left home, didn't see friends. Life was over for me. 20 years old and no future.

One night in desperation, I found a thread on a forum I had checked out a few times. "LapBanding- Potential Lifesaver". Well I had no idea what Lap Banding was....so I read on. At first I had concerns. I didn't agree with weight loss surgery. It had such stigma around it. I personally didn't agree with cutting and stapling of the stomach. But this wasn't like that at all! The best thing was that it was reversable!!!

I felt this rush of excitement and hope. Something that I hadn't felt in a long time. That same night I was fixated on learning as much as I could about this procedure.

I booked in for consultation the next day. Funnily enough the next complusory information session was to be held two nights later!! A sign, I felt! By the consultation I knew everything I needed to know. I had already made the choice to have it done.

In researching about lap banding I read forums, joined local support group and became addicted to blogs. I was up until 5 am some nights reading. I was so excited. My eyes had sparkled again!

After first consultation the op was booked for 20 days later!!! Two weeks prior to surgery I was to start Opti-fast. I HATED IT. If you can get through the Opti-fast, yo can get through ANYTHING.

Surgery day came and I was a mess. So nervous! During surgery it was discovered that I had an anatomically large liver. So surgery was made more difficult. A lot more swelling and soreness for me. I know some people who breeze through it, some who feel like they've been hit by a car. Unfortunately the latter was me. Also, the hospital gave me Tramal which I figured out I was allergic to as I was throwing up constantly.

5 days after surgery I was doing a lot better. Moving around a lot more.

Don't obsess over the surgery itself. It's over before you know it. I honestly don't remember much of that time! It's your life after the band you should think about.

I blog daily about my journey with the band. Some days are harder than others. But I have NEVER regretted having the band. My band is my best friend. I work with her, not against her. I meet her halfway. If you want to read about my daily journey with the band and how it has changed my life in more detail please read my blog. If you are thinking about band, or soon to have the surgery, blogs, I personally believe, give you so much motivation.

For someone so proud as myself to have weight loss surgery was a huge step. My life began again on March 12th 2008. Each day I am moving closer to becoming the new me....becoming skinny biddy.